Master Base – the new, updated version of an old tweak.

Master Base is a hard, 1cm thick plate that is placed under loudspeakers, amplifiers and cd players to allow hifi equipment to ‘float’. The advantage of a ‘floating’ system is that any possible vibrations emanating from separate hifi components are not passed on to the surrounding environment, i.e. floor, table etc. In turn unwanted colouring, caused by the vibrations that are the result of contact between hifi racks/equipment/floor, are eliminated.

The improvements you can expect are:

Master Base is a honeycomb structure made up of aluminium cells. The cells are sandwiched between a studded top and bottom epoxy and Kevlar layer. The top layer acts as a sort of membrane. The studded profile magnifies the surface and the honeycomb hinders the transmission and reflections caused by the vibrations.

The ability of the Master Base to uncouple your hifi equipment from surrounding influences allowing it to float, is greater than that of other systems such as ‘silent feet’ and ‘vibrapod’ etc. The Master Base is effective over a large frequency range (roughly 20Hz to 15 kHz)

Master Base comes in two versions; the MBase and the Mbase/1 (46,- euros). The MBase is a set of two plates that are custom-made for your loudspeakers (max. size 0,25m2 for each plate) and priced according to size info@signaudio.com. The Mbase/1 is a set of 4 small plates each measuring 4 x 4 cm (for use under cd players and amplifiers). 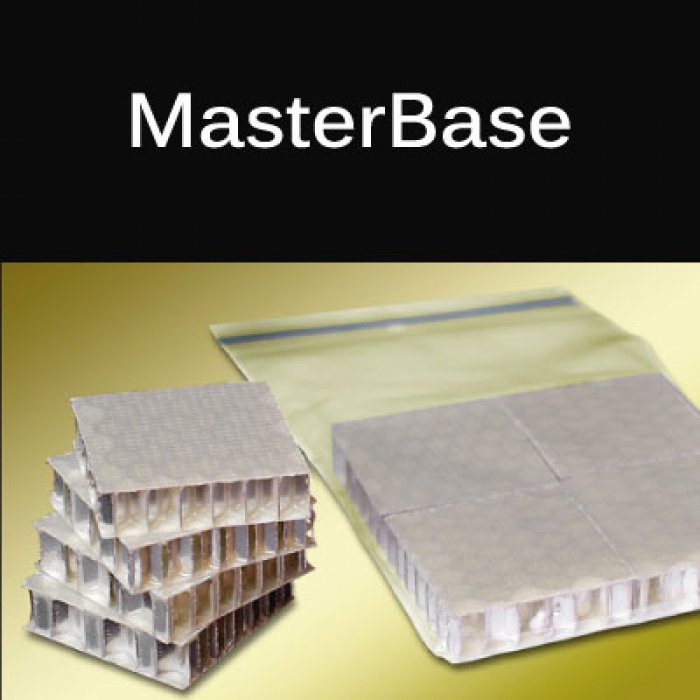